On the train between the winter and the breeding area, many bar-headed geese have to cross the Himalayas. Flight heights of over 9000 meters are sometimes reached: barefoot geese have already been observed flying over Mount Everest. They overcome the lack of oxygen at these altitudes by means of a special adaptation: unlike in mammals or other birds, the red blood pigment, hemoglobin, is able to absorb oxygen particularly quickly at low pressure. The trigger is a single mutation by which the amino acid proline in the alpha chain of hemoglobin (α-globin) is replaced by alanine.

food: Parts of aquatic plants, grasses, roots, sprouts, in the winter also cereal grains and root tubers, seaweed can form an important food component near the coast. This basis is supplemented by insects, small crustaceans, molluscs such as snails and even small fish.

Way of life: Mostly the geese feed at night or shortly after sunrise or before sunset. Especially in their wintering area, they usually fly back and forth in large flocks between the separate resting and grazing areas. Like most types of goose, they are very social, social-loving animals.

Danger: not endangered, although the population is declining slightly

distribution: Bar-headed geese are migratory birds that move back and forth between their breeding and wintering areas every six months. The former lie mainly in the high plains of Central Asia, in Southeast Russia, Tibet, parts of northern India, Mongolia and the People's Republic of China, the latter, however, mainly south of the Himalayas in the northwest and central south of India, in Pakistan, Bangladesh, Nepal and Burma; some birds only migrate from the high areas of Tibet to lower areas 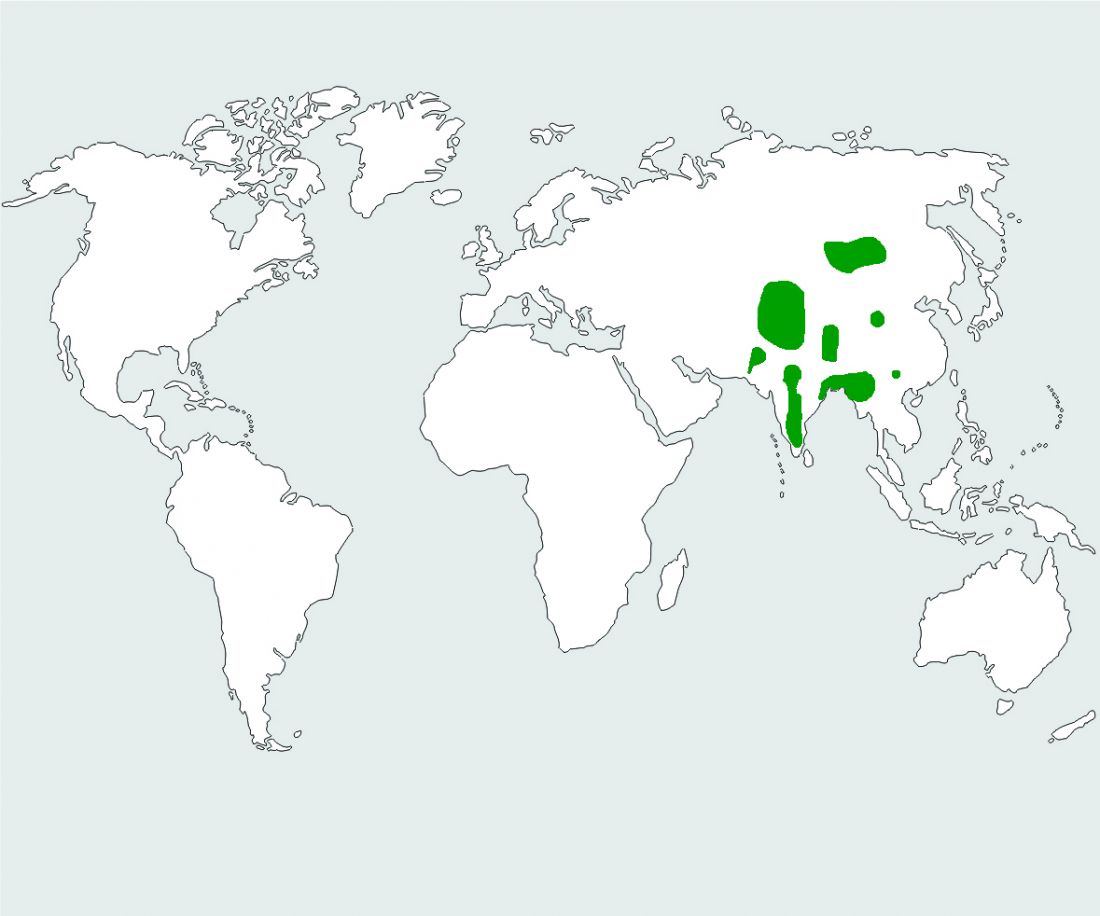